Tesla Stops Accepting Bitcoin As Payment For Its Cars 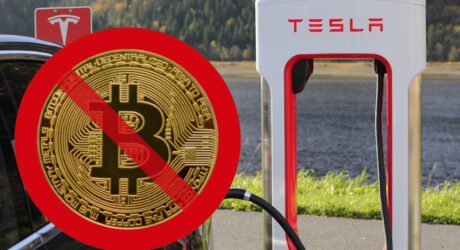 On February 8th, 2021, Elon Musk’s automotive company Tesla announced it had purchased $1.5 billion in Bitcoin. They also announced they were going to start accepting bitcoin as payment for its products. This news had caused the price of bitcoin to rise up 20% on the day of the announcement.

Fast forward three months, and on May 12th, 2021, Elon Musk--one of the higher profile supporters of cryptocurrency--announced Tesla will stop accepting Bitcoin as payment for its cars. "We are concerned about rapidly increasing use of fossil fuels for Bitcoin mining and transactions, especially coal, which has the worst emissions of any fuel," Musk said in a statement posted to his Twitter account.

So what accounts for the dramatic change?

Musk still supports cryptocurrency, but cited the environmental impact of Bitcoin as currently unacceptable. The generation of Bitcoin requires a great expenditure of electricity. This, in turn, has led to a massive reliance on fossil fuels. Fossil fuel usage is the scourge of the environmental sustainability movement.

What is Musk thinking?

There is obvious tension for Musk here—his company Tesla is predicated on the large-scale transition from fossil fuel dependent vehicles to electric vehicles. Being the poster boy for a Cryptocurrency that is fossil fuel heavy would make Musk look hypocritical and create bad optics for Tesla.

This is another reminder that while the value of Cryptocurrencies like Bitcoin are judged alongside the national and transnational currencies on the market, such as Euros and the USD, there is a big difference in their volatility. Musk obviously couldn’t stop accepting Euros for Tesla cars if he felt like it. As Jay Adkisson, writer for Forbes states in his article “That difference is that governmental currency, such as dollars, are given the nation's support to reduce volatility, prevent manipulation, and maintain a steady price. Crypto has no such support.” The link to Adkisson’s full article on Cryptos vulnerability in being detached from government support is below: https://www.forbes.com/sites/jayadkisson/2018/12/26/the-difference-between-crypto-and-a-dollar-euro-yen-etc/?sh=61ad8baf58e8

Why does this matter?

It’s a big deal that Musk, a famous supporter of Bitcoin, is concerned enough about its fossil fuel usage to do a public about-face. Cryptocurrency has issues with environmental sustainability, and until these issues are resolved, the use of cryptocurrency will be inhibited.

There are consumers and businesses convinced that cryptocurrency like Bitcoin is ready to disrupt the entire economic balance, and may have pointed to a progressive company like Tesla embracing Bitcoin as evidence. This announcement invalidates that idea, and resets that timeline. Any major disruption by cryptocurrency in the commercial market seems delayed until further notice.

It also further demonstrates the dramatic difference between cryptocurrencies and government-backed currencies when it comes to stability. Cryptocurrencies can still be radically destabilized by the whims of one major player like Elon Musk. What will help crypto get away from this vulnerability? Vitalik Buterin, the co-creator of Ethereum, says that the market needs to “build up an immune system over time.” So part of the answer is that the longer time and familiarity the market has with crypto, the less volatile it will be. Buterin says “…I do think that the markets will learn. Elon is not going to have this influence forever.” The second factor in the stabilization of Crypto will be a fully realized technological breakthrough, in which there are no flaws, such as fossil usage, that create fundamental fear about its viability long-term.

What to expect in the future based on this news?

Expect a lot of news in the near future about how the cryptocurrencies are trying to drastically reduce their fossil fuel footprint. Whichever form of cryptocurrency (i.e. Bitcoin, Etherium) most successfully reduces its footprint will have a big leg up in becoming the predominant cryptocurrency. And environmental sustainability is the key to cryptocurrency being normalized as a form of payment.

For now, carry on as usual—this news reinforces the current status quo of currency exchange.