A cost-effective approach
for growing businesses.

Virtualization is widely used by companies, particularly SMEs, for its cost-effective approach. Typically, computer network administrators dedicate each server to run complex tasks with ease. A server with only one purpose makes activity tracking easier, however, the processing power of servers is usually underutilized. The more applications an organization needs, the greater the need for purchasing physical servers. This leads to larger financial infrastructure investments which can be a major hardship for new startups. So, what's the solution? That's where the team at TechBldrs comes in.

At TechBldrs in Warminster, PA we know that making use of virtualization technology is a perfect way to resolve cut costs.

With server virtualization, one physical server can be converted into multiple virtual machines. Each virtual server acts like a unique physical device, capable of running its own operating system. Server virtualization allows companies to take advantage of the processing power the server can handle, in a way that does not conflict with other applications open and running. In theory, you could create enough virtual servers to use all of a machine's processing power, though in practice that's not always the best idea. 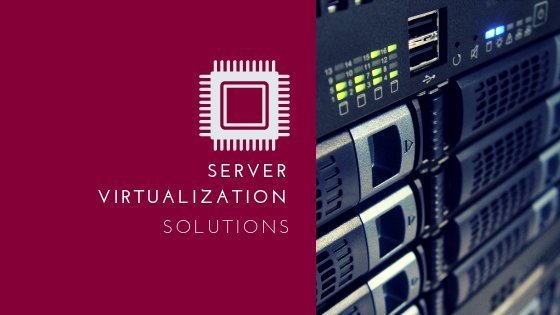 TechBldrs knows the best and most applicable server virtualization setups, for varying purposes and specifications. We'll convert your existing physical servers into multiple virtual machines to introduce digital efficiency. Our services are not limited to installation and configuration, we also provide support and consulting services. We're experts in the field of server virtualization technologies, and we're sure your organization will be thrilled with our services.